Victims’ Safe Harbor Foundation, Inc. (VSHF), a 501(c)(3) social impact organization that provides educational and research services in order to expand the knowledge base regarding domestic violence and child abuse. VSHF advocates to policy makers at local, state, and federal levels regarding existing domestic violence and child abuse policies, the impact of those policies on our society, and also proposes possible solutions to improve victim centered responses. 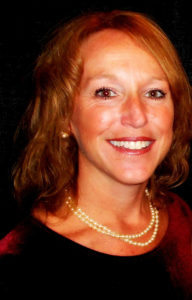 Dr. Donna King serves as President and Director for Victims’ Safe Harbor Foundation, Inc. She received her PhD in Sociology from the University of Central Florida where her dissertation research focused on intimate partner homicides and the prior reporting of physical violence before the killing. Her areas of expertise are in domestic violence, social inequalities, law and society, gender, and criminology. Donna also holds a juris doctorate from Florida Agricultural & Mechanical University College of Law.

Donna’s unusual personal background is what ultimately led her to Victims’ Safe Harbor Foundation, Inc. She grew up in Northern Virginia and moved to Florida in 1987 to attend UCF as an undergraduate student. Shortly after graduation, she married and became a mother to two beautiful daughters. While married, Donna trained exotic animals, including big cats, and co-owned a women-owned company that facilitated educational shows to raise awareness about endangered animals. However, revelations about her marriage appeared after her husband’s forced dissolution of her company. Upon separation and divorce, Donna faced adversity and domestic violence, particularly through the family law judicial process. Donna persevered, obtained her state certified general contracting license, and ran her own 8(a)-certified, woman-owned company. Ultimately, with the litigation lasting over 20 years, Donna was diagnosed with post-traumatic stress disorder due to the abusive litigation. She has a PTSD service dog to assist her. It is because of her personal experience with abusive litigation that she has worked to develop her expertise in judicial terrorism® and identifying the judicial terrorist®.

Donna attended law school to gain an educated perspective on the injustice to which she and her daughters had been subjected by the protracted litigation and to learn how to bring the litigation to an end. However, she learned that abusers utilize the judicial system as a legal weapon against their victims for continuing abuse long after separation and divorce. While in law school, she published two articles on domestic violence and women’s rights. She co-authored a law journal article on the use of absolute privilege by abusers against domestic violence victims in judicial proceedings with her husband, Dayton King, as well. Donna registered two trademarks for the terms judicial terrorism® and judicial terrorist® to help educate others on abusers use of the judicial system for domestic violence. As a PhD student, she had the opportunity to teach and present diverse topics and articles, including a paper titled “The Frequency of Coercive Control Legislation: Legislating against Non-Violent Forms of Domestic Violence,” which lends its findings to her dissertation research that also looks at coercive control in the context of intimate partner homicides. This idea was born after Donna presented to the U.S. Department of Justice’s Office for Victims of Crime regarding risk assessments for domestic violence victims because not all victims experience abuse in the form of physical violence but may, in the end, be at just as much risk of death. Donna’s personal background and passion for research and education provide a unique perspective for her goal to help victims and in educating the public, judiciary, lawyers, and advocates on how abusers utilize the judicial system for ongoing domestic violence.

Jerrell Dayton King, Esq., M.A. holds a Juris Doctor from the University of Florida, Fredric G. Levin College of Law and a Master of Arts in Women’s Studies from the University of Florida, Center for Gender, Sexualities, and Women’s Studies Research. He focuses on domestic violence and coercive control, social inequalities, gender issues, and law and society as an advocate for victims as well as bringing awareness of how these societal effects impact the functioning of the U.S. justice system. Mr. King’s current position as staff attorney for Community Legal Services of Mid-Florida allows him to put his education to use by serving the domestic violence community daily. Victims’ Safe Harbor Foundation, Inc. is fortunate to have Mr. King as a member of its Board of Directors.

Linda Robinson retired from the Central Intelligence Agency after serving as an executive secretary for eight years. Prior positions for Linda include administrative secretary positions for two major communications companies and a post as a legal secretary. Linda is dedicated to improving the lives of domestic violence victims by serving as an active Director of Victims’ Safe Harbor Foundation, Inc. Her attention to detail and excellence is an asset to the foundation.